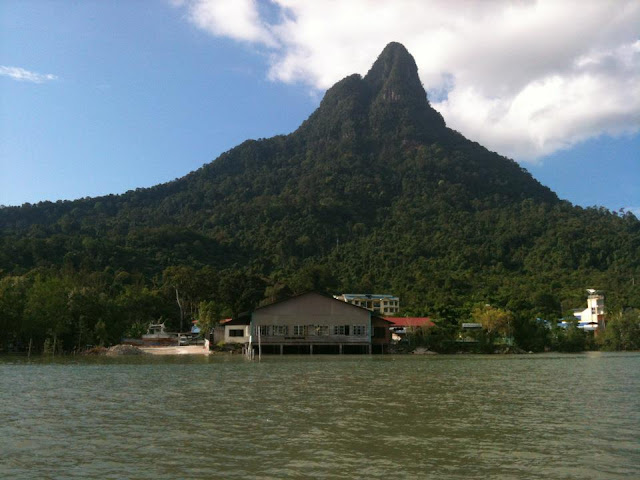 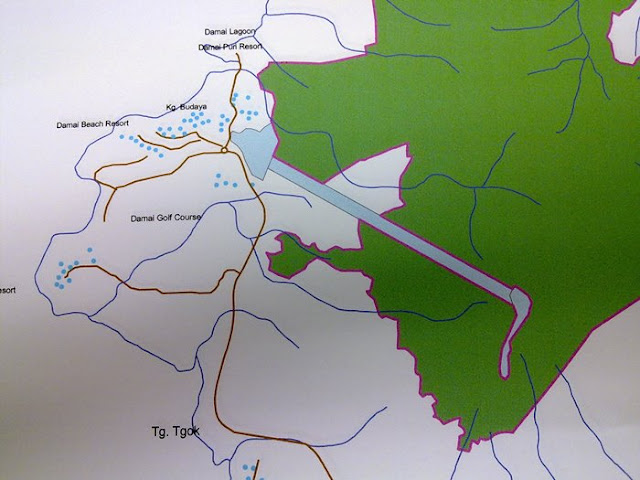 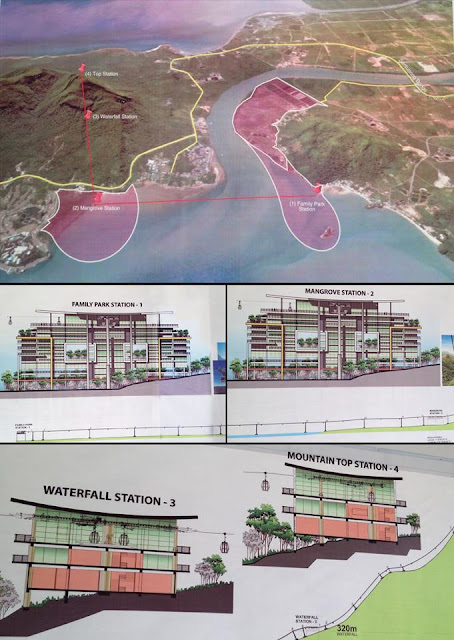 * The red zone mark (in the picture above) is the resorts and Marina Park for that area. The cable Car route is from top of Santubong Mountain and have 3 stop point : 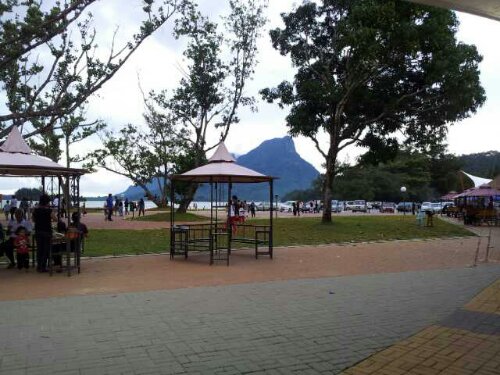 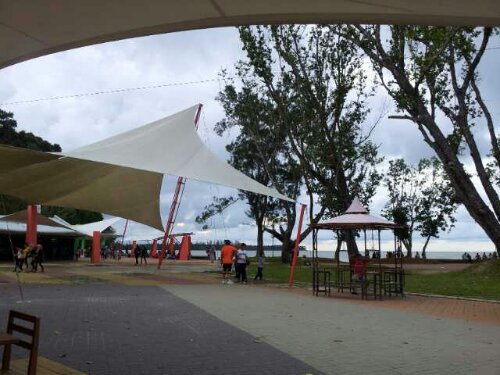 The proposed 6 km cable car system in Santubong  is part of a multi-billion ringgit project to boost the overall tourism sector in Sarawak.

The cable car will run from Pasir Pandak Family Park to Santubong.

The cable car project known as Santubong Beach and Resort City is led by One Cable Car (Santubong) Development Sdn Bhd and supported by foreign investors from China and Europe.

The development would be modelled after the one built in Langkawi with a marina, improvement along riverbanks and retaining walls to protect properties inland from big waves and possibility of future tsunamis.

If approved, the whole development would take between 5 to 10 years to complete.

Posted by Hamidah Abuseman at 05:55