AN APPLE A DAY KEEPS CANCER AWAY 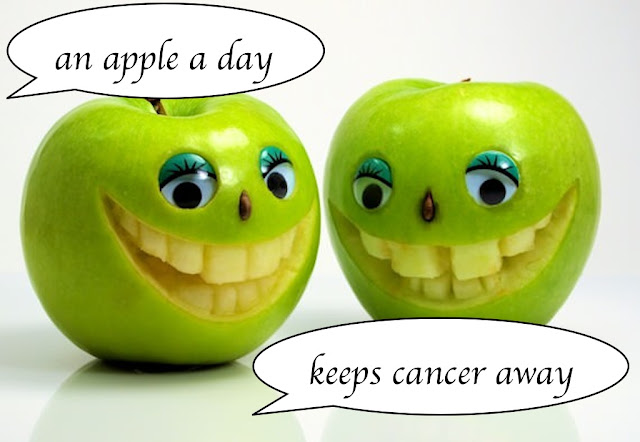 An apple a day plus a veggie-intensive diet are the stars of new cancer prevention studies.

** Non-Hodgkin's lymphoma occurs when cells in the lymph nodes -- small organs that help fight off infection -- divide and grow out of control.

"It's been estimated that up to one-third of cancers are related to food we eat. ... That's a lot of preventable cancers," Kelemen said in a news teleconference held today. Antioxidants in fruits and vegetables protect the body from damaging free radicals "like rust-proofing your car."

In the apple studies, Raul first exposed cancer cells to various antioxidants found in apples. They found that one type of antioxidant, called procyanidins, triggered a series of cell signals that resulted in cancer cell death.

The finding "suggests that eating the whole apple, including the skin, might offer some [cancer prevention] benefits," says Raul.
Posted by Hamidah Abuseman at 09:10