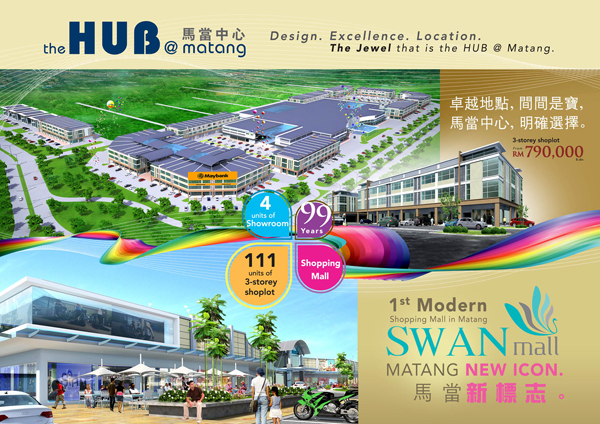 The Swan Mall would have an anchor supermarket and department store as well as the Matang area’s first air-conditioned food court.

The Swan Mall is named in honor of Wong Ah Swan, the late father of Dr Robert Wong, the land owner.

The land was passed down to Dr Robert Wong by his late father Wong Ah Swan, who came to establish himself in Kuching as a poor teenager. He bought the land for only 600 dollars that time.

Posted by Hamidah Abuseman at 04:38