Restoration of Brooke Cottage, Wallace Trail to start in June 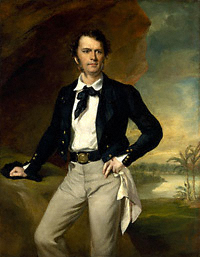 Restoration of Brooke Cottage, Wallace Trail to start in June

Sir James Brooke
Restoration work on historical sites is vitally important to preserve the rich heritage that we own from the past. The state of Sarawak is doing the right thing, given the number of historical structures in Kuching and its vicinity. Sarawak was formerly governed by the White Rajahs between 1841 to 1946. Here's the rest of the news:

KUCHING: The first phase of Sir James Brooke Cottage and Wallace Trail restoration project at Bung Muan, Bukit Peninjau in Bau near here is expected to start in June costing RM1 million and is expected to be completed in nine months.

According to project consultant Rangen Sangum, the tender for the restoration project will be open soon and the project will involve the construction of tourist information centre, car park, access road, Wallace Point and Brooke observation platform.


“As for the second phase, the development will involve construction of a ceremonial house, longhouses, Brooke’s Cottage and the outdoor bath, which will cost between RM2 to RM3 million, which is expected to be completed in four months,” he said when briefing the visitors on the project at Kampung Peninjau here yesterday.


Sarawak is blessed with many historical sites: 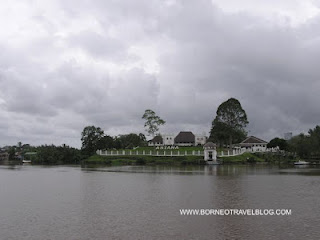 Brooke, who was the state’s first White Rajah, built one of his cottages at Bung Muan, Bukit Peninjau between 1848 and 1850 to escape the heat of Kuching. It was also a resting place for Rajah Brooke and his friends away from Kuching.

One of his friends Alfred Russel Wallace, whom he met in Singapore, was invited to visit the state and Russel ended up spending 14 months here, longer than at any other place he visited in the Malay Archipelago.

Russel was offered the use of Brooke’s bungalow ‘Peninjau’ on the summit ridge of Bukit Peninjau. As a renowned naturalist, he made many important findings related to the forest in Bukit Peninjau.

Dato Sri Lord Cranbrook, a renowned biologists and one of the visitors present during the briefing, said the name Alfred Russel Wallace is world famous as the co-originator with Charles Darwin on the theory of evolution by natural selection.

“The theory revolutionised the biological sciences and has proven a robust framework for understanding the natural biodiversity of tropical South East Asia. Wallace developed this theory as a result of his experiences in Sarawak,” he added.

Lord Cranbrook, who once worked in the state museum when he first graduated in 1956 and a former University Malaya lecturer, said people knew about the existence of Brooke’s Cottage at Bung Muan, Bukit Peninjau in the 1980s but nobody knew where it was.

“The first one I discovered was Rajah Brooke’s bungalow in Matang. I have been looking for this one (Brooke’s Cottage in Bung Muan, Bukit Peninjau) for a long time. This had led me to visit Kampung Peninjau and from the visit, I discovered that the villagers here knew the way to the site,” Lord Cranbrook said.

“It is pleasing news that plans are in hand to restore the bungalow and to improve the footpath up Bukit Peninjau. When the work is completed, visitors will be able to share the excitement of the young Wallace as he experience the richness of biodiversity and the hospitality of the multi-cultural people of Sarawak,” he said.

Assistant Minister of Tourism and chairman of Sarawak Economic Development Corporation (SEDC), Datuk Talib Zulpilip, who was impressed with the close cooperation given by the local community to the related government agencies, said he would work with his ministry Sarawak Tourism Board and SEDC to promote Bung Muan, Bukit Peninjau as an attractive tourist destination once the restoration project is completed.

Both Lord Cranbrook and Talib started their trip by taking a boat from Kuching Waterfront to Siniawan Bazaar jetty, retracing the route taken by Russel during his visit.

During their time in Siniawan Bazaar, both of them visited several shops and met with the local community leaders and the people.