The vintage town of Siniawan 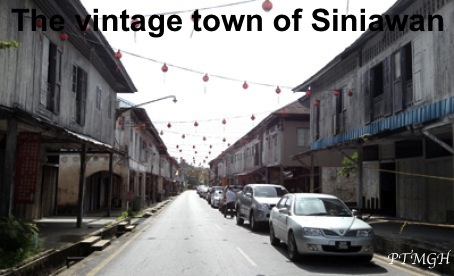 RICH HISTORY LEGACY: This old town, which still retains its vintage wooden shophouse buildings, has been earmarked as the next big tourist destination in Sarawak.

There are only a few places in Sarawak which has maintained its old building structure and architecture.

Siniawan used to cater to the gold prospectors in nearby Bau, Sarawak. It was established long before white Rajah James Brooke set foot in the state.

The Chinese gold-miners who had settled at Siniawan were originally from Sambas, Mandor or Montrado, in what is today Indonesian West Kalimantan. Their movements at that time were motivated by the gold rush, and conflicts between rival groups of miners.

The town later saw further upheavals. It went through the Japanese occupation, the Malaysia-Indonesia Confrontation and the communist insurgency.

Despite surviving though the bleakest of times, the town appears not to be as resilient as thought. It is slowly losing its glitter.

The once proud wooden shophouses standing along the main road seem to have lost their battle with time. Most are derelict and some have been declared as unsafe for occupation.

In the mid-19th century wooden architecture of the shophouses is unique and has attracted shutterbugs from near and far.

According to Sarawak Museum records, British biologist Alfred Russel Wallace, who is also the famous co-originator of Charles Darwin's theory of evolution, set foot in Siniawan 158 years ago.

The theory revolutionised the biological sciences. Wallace developed this theory as a result of his experiences in Sarawak.

Historian Lord Cranbrook said Wallace initially intended to start his exploration of the Malay Archipelago in the Dutch-ruled islands, now Indonesia, but after meeting Brooke in Singapore, he was invited for a visit to Sarawak.

"Wallace spent 14 months in Sarawak, longer than at any place in the Malay Archipelago. Soon after he arrived Kuching, he took a boat conveyed by strong paddlers to Siniawan," said Lord Cranbrook.

Due to the town's rich historical legacy, the state Tourism and Heritage Ministry wants to turn Siniawan into a heritage town.

Assistant minister Datuk Talip Zulpilip said the unique town design and its history should be preserved for the new generation.

If Siniawan is gazetted as a heritage town, it would definitely become a major tourist attraction as it is one of the only few places in Sarawak which has maintained its old building structure and architecture up until today.

"Once gazetted, nobody can renovate the front part of the shophouses in Siniawan old town," said Deputy Tourism Minister Datuk Dr James Dawos Mamit. "If they have to, the original structure must remain the same." 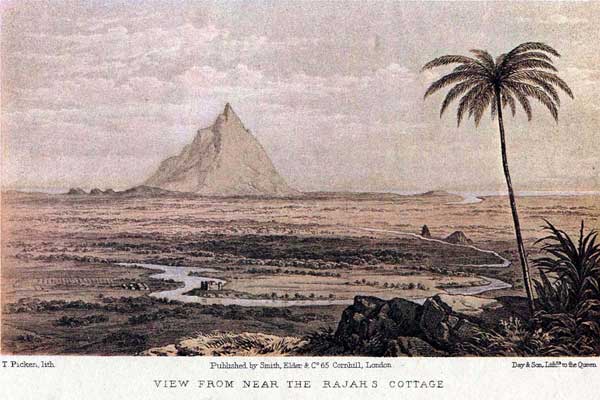 ~     Spenser St John wrote about the bazaar in his book ‘Life In The Forests Of The Far East –Volume 1’, Smith. Elder and Co, London, 1862. He may not have been the most genial commentator, but he was a good observer and his book is still of interest. His name, by the way, is pronounced ‘Sinjin’.

According to Sinjin, “There are about 300 Celestials settled here, principally engaged in shopkeeping, though a few cultivate gardens. They are evidently thriving, as the Dayaks of the surrounding country resort to this place, and there is a constant influx of Chinese and Malay gold workers … Their women, half-breeds, are better-looking than any others in this part of the world.’’

One of the first female tourists to visit Sarawak was a Madame Pfeiffer. St John says, “Madame Pfeiffer, the traveller, suddenly made her appearance among us in December, 1851; she was a woman of middle height, active for her age, with an open countenance and a very pleasant smile. She lived with us for some days, and then we took her to visit the Dayaks of Serambau.” Their destination was the Rajah’s cottage called ‘Peninjau’ half way up the Serambu Mountain.

They went on a fast boat en route to the “Chinese village of Siniawan, where we took up our quarters for the night”. Madame Pfeiffer amused the local children there when she went chasing a butterfly.
Posted by Hamidah Abuseman at 22:55