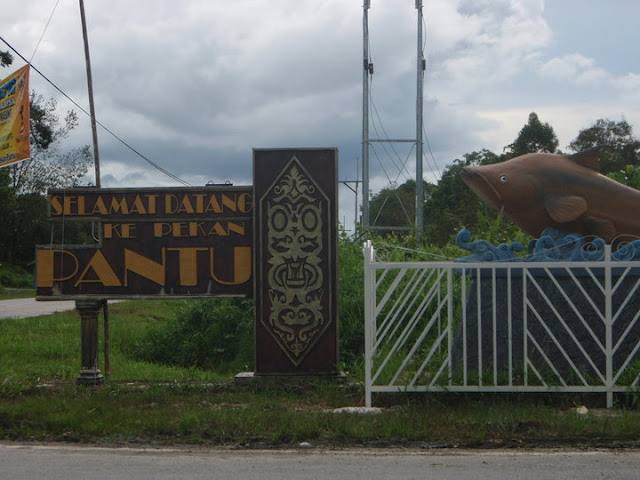 
Pantu is 7 kilometer from the main Borneo Highway or about 2 hours drive from Kuching.

Pantu is a small quiet town. The Balau people or Iban Balau live in this area. There's a row of Chinese shophouses and a few government offices and a chinese primary school here.

One has to use river transport in Batang Seterap and see the saltwater crocodiles by the bank of Batang Seterap river.....menace to the people living by the river,especially Banting and also Engkeranji. Many cases crocodiles kill humans in Pantu/Banting area. 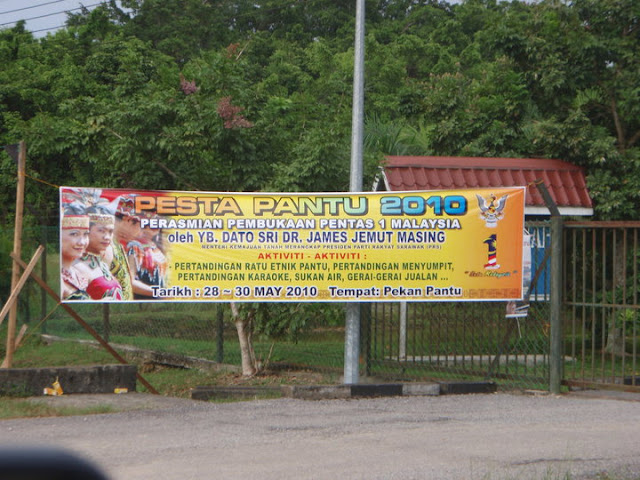 The events of Pesta Pantu AKA Pesta Ikan Tapah in Pekan Pantu are long boat race at Batang Seterap (many crocodile there), Queen of Pesta Pantu, karaoke contest and some stall. 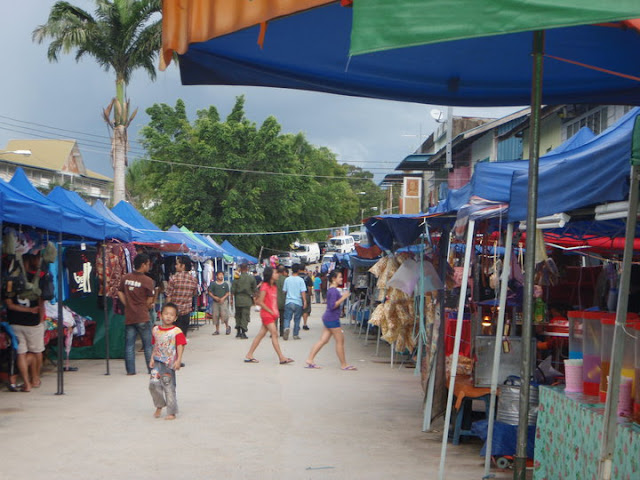 This is how Pantu town look like during this Pesta Pantu AKA Pesta Ikan Tapah.

What is Ikan Tapah?

Ikan Tapah is the name of a fresh water fish, scientific name of the fish is Wallago attu, species of catfish in the family Siluridae, or "sheatfishes". The fish is commonly known by its genus name, wallago.

Found in large rivers and lakes, it can reach 2.4 m (8 feet) total length.

Posted by Hamidah Abuseman at 11:39