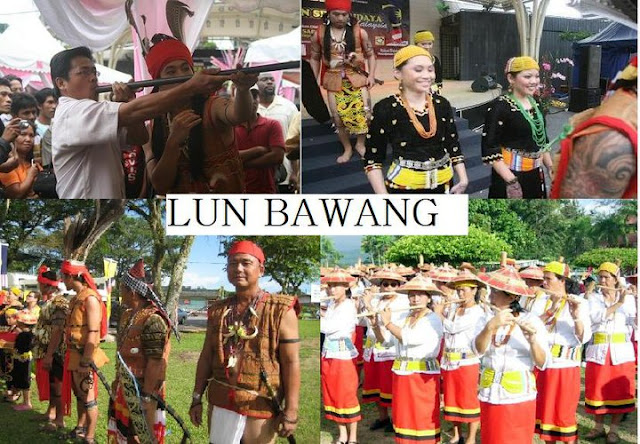 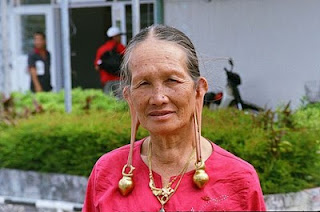 Lun Bawang lady with her Long Ear, the earing are made from cooper or sometimes Gold. Gold earing only use for several occasions especially family gathering and Religion and Fiesta related events.

Lun Bawang is a tribe in Sarawak. They are a component of the group of indigenous people collectively known as Orang Ulu. Although there are sub group of Borneo Dayaks. They can be found in the Limbang Division of Sarawak, as well as in the Interior Division of Sabah, Temburong District of Brunei, and in East Kalimantan, Indonesia. 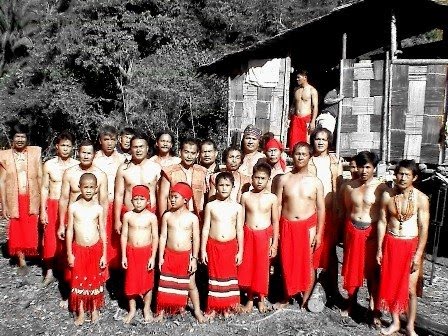 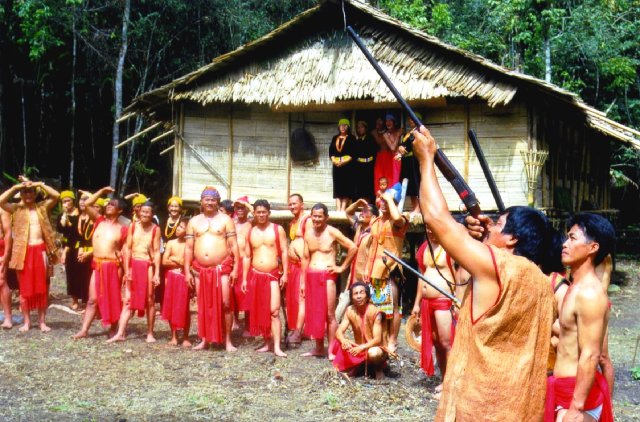 Althougyh they are known as Lun Bawang in Sarawak, in Sabah they are called Lun Dayeh. Among themselves, they go by the names Lun Lod, Lun Baa and Lun Tana Luun. 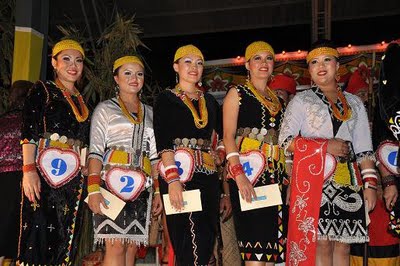 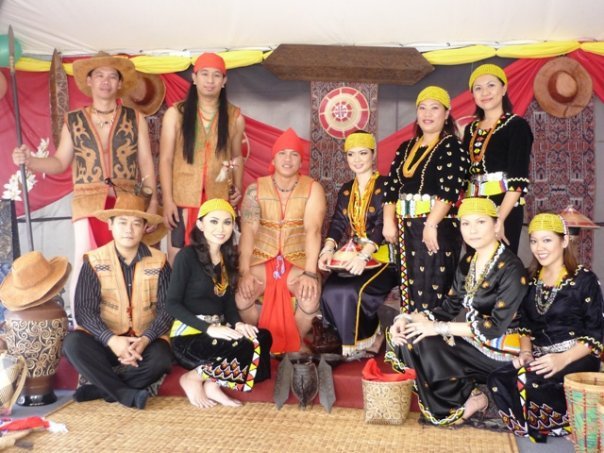 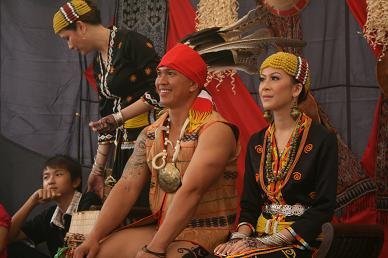 The Lun Bawang is an ethnic group found in Central Borneo. They are indigenous to the highlands of East Kalimantan, Brunei (Temburong District), southwest of Sabah (Interior Division) and northern region of Sarawak (Limbang Division).

In the Malaysian state of Sarawak, the Lun Bawang (through the term Murut) are officially recognized by the Constitution as native of Sarawak and are categorised under the Orang Ulu people.

In the neighbouring state of Sabah and Krayan highland in Kalimantan, they are more commonly known as Lundayeh or Lun Daye.

In Brunei, they are also identified by law as one of the 7 natives (indigenous people) of Brunei, through the term Murut.

Lun Bawang people are traditionally agriculturalists and practise animal husbandry such as rearing poultry, pigs and buffaloes. Lun Bawangs are also known to be hunters and fishermen.

Other names are derived from geographical reference to their rice cultivation, for example Lun Baa' (swamps) who lives near swampy areas and grow wet rice, and Lun Tana' Luun (on the land) who cultivates dry rice.

While insisting that they never called themselves Murut, the Lun Bawangs were formerly identified as Murut by the British colonists and by outsiders (other ethnic group). 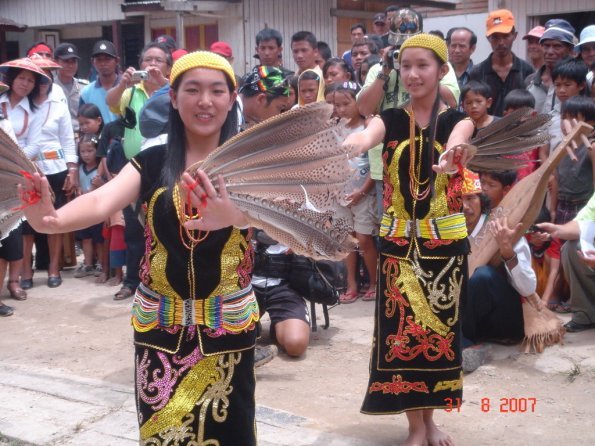 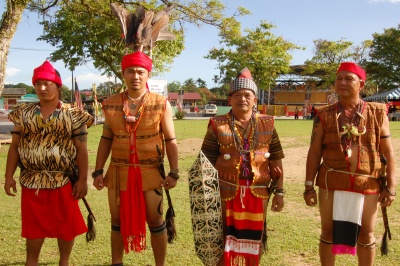 In Lun Bawang language, the word Murut either means 'to massage' or 'to give dowry', and these meanings have little or no relation at all to the identity of the people. The name Murut might have been derived from the word "Murud", a mountain located near an old Lun Bawang settlement, hence might have just meant 'mountain men' or 'hill people' but was instead used by the colonist to identify this ethnic.

In addition to that, ethnologist found that the classification under the name Murut is confusing as the term is used differently in Sabah, Sarawak and Brunei, that is whilst in Brunei and Sarawak it is used to describe the Lun Bawang people, in Sabah it is used to identify an ethnic group that is linguistically and culturally different from the Lun Bawangs.

In the early 1970s, the use of the term Lun Bawang began to gain popularity amongst ethnologist and linguist, and it is now the most commonly used term to identify this ethnic group. In Sarawak, the decision to replace the term 'Murut' to 'Lun Bawang' to identify this ethnic group was made unanimously by Lun Bawang community leaders, and the official usage of this term is now legally binding following the passing of Interpretation Act by Sarawak's Legislative Assembly in 2002. 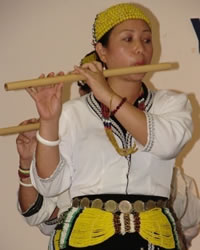 This celebration is traditionally a celebration of the Rice Harvest, but now it showcases a variety of Lun Bawang culture and events, such as Beauty pageant contest and also Bamboo musical  instrument band. 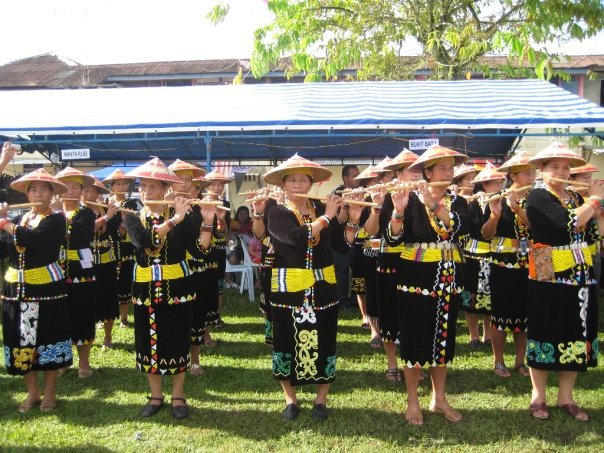 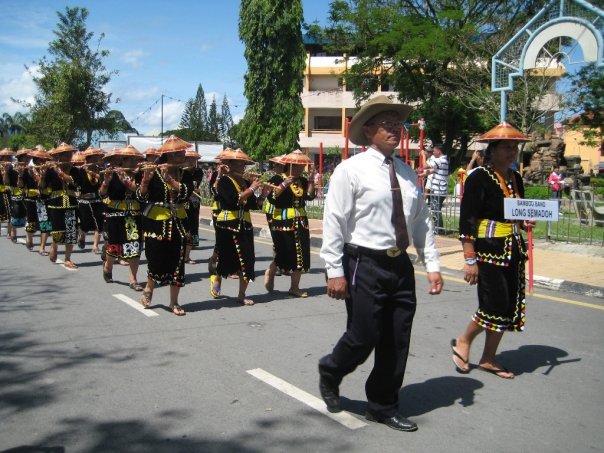 Posted by Hamidah Abuseman at 08:29