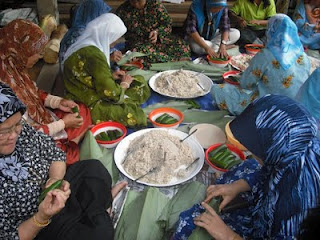 The Kadayans are the creators of the famous rice cake called Kelupis which is a delicacy in Sarawak. 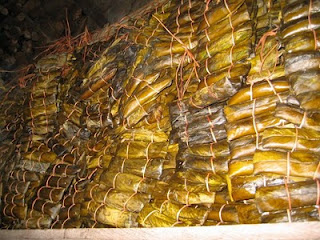 The Kedayan are an ethnic group residing in Brunei, Labuan, Sabah, and parts of Sarawak on the island of Borneo. They are also known as Kadayan, Kadaian or simply badly spelled as Kadyan by British. The Kedayan language (ISO 639-3: kxd) is the de facto national language of Brunei. It is spoken by more than 130,000 people in Brunei, 46,500 in Sabah and 37,000 in Sarawak.

In Sabah they are mainly live in Sipitang, Labuan, Beaufort and Kuala Penyu. In Sarawak, Kedayans mostly reside in Lawas, Limbang, Miri and Sibuti area. Indigenous people in Kutai, Kalimantan (Indonesia) share more than 90% similarity with Kedayan language although they do not called themselves as Kedayan. Kedayan and Banjarese is somehow related in term of language.

The origins of Kedayans are somewhat uncertain, with some Kedayans claiming to have Javanese origins. However, most researchers consider them indigenous to Borneo, having accepted Islam and influenced by Malay culture, after the establishment of the Sultanate of Brunei. Historically, the Kedayan people have occasionally rebelled against control (taxation) by the Brunei nobles.
Kedayan are mainly padi farmers or fishermen. They have a reputation for knowledge of medicinal plants, which they grow to treat a wide range of ailments or to make tonics.

The Kedayan tend to settle inland in a cluster pattern, with houses built in the center and with fields radiating outwards. The Kedayans traditionally tended to be a rather closed community, discouraging contact with outsiders. Intermarriage among relatives was encouraged for economic and social reasons.

As Kedayan do not follow Islamic inheritance laws, women are entitled to own land. If the husband dies, his property goes to the wife, but only as an administrator. She cannot sell the land without the permission of their children. When she dies, the children equally divided the property, regardless of sex or age. Sometimes the excess land is transferred free to friends or relatives if they are landless.

The Kedayan wedding ceremony is similar to that of the Bruneians Malays, with the difference that the bride is seated surrounded by candles and decorations, and the older folk will go up to her one at a time, and mark her forehead with powdered spices, similar to the Bajau practice. is a ceremonial dance performed by the Kedayan people during holidays, especially at the end of the harvest season. 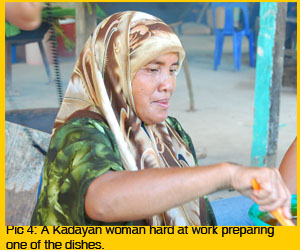 The Makan Tahun is closely linked with the growth of the crops or the harvest of the year and an expression of respect for the ancestors but now it is more of a friendly, pleasant and joyous social function. Even though rice planting is no longer the main activity among the Kadayan communities in Sarawak now, the Makan Tahun is still practised and celebrated between the months of May and July each year.

Since the Makan Tahun is normally held on Saturdays or Sundays, the slaughter-ing of the buffalo or cow is carried out either on Thursday or Friday. 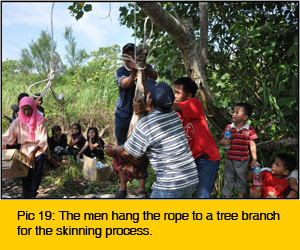 The tahlil is where a few kinsmen of the people who had passed away get together to recite the Quran followed by prayer for their ancestors. As early as 9:00 o'clock, a few kinsmen sit in one corner of the common hall or balairaya. They recite the Quran and say their prayer or doa for their ancestors. All the people who attended are men. According to the informant, the bigger the crowd for the tahlil the better it is since one of the agenda for the gathering is for this purpose 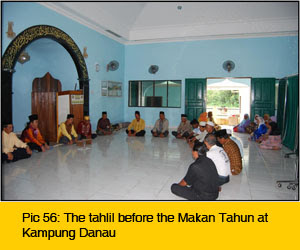 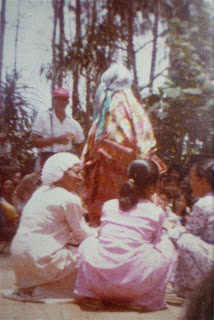 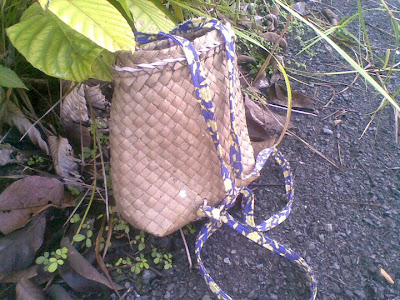 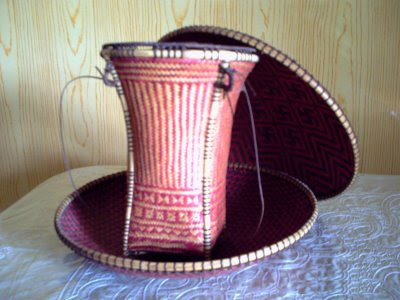 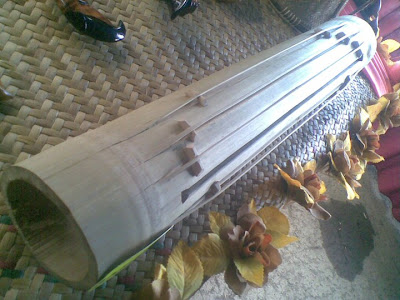 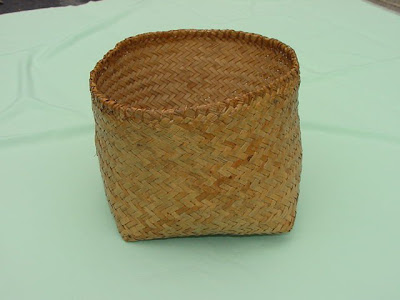 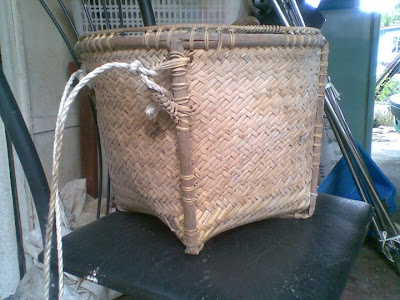 Posted by Hamidah Abuseman at 03:52