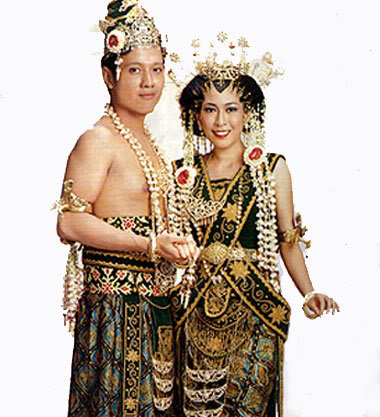 The present generation are descended from the original ethnic Javanese people, the majority from the province of Central Java, who arrived in Sarawak as "kuli kontrak", indentured servants who were brought in by the Dutch via Batavia (modern-day Jakarta) during the late 1800s to the 1940s & transferred to a British company to work in the rubber plantations.

After the end of their contracts, some of them had decided to settle down & work on land no longer producing rubber. Over the years, these labourers were prosperous & were later given the right of ownership to several hectares of land.

Javanese people are found all over the state, establishing their own villages, with the majority concentrated in Kuching & its surrounding areas. Some of the younger generation still carry traditional Javanese names & are identified as ethnic Javanese in their birth certificates. They are proud of their heritage; the current population still speak the language of their parents & retaining their age-old traditions & practices of their forefathers.

The friendly Javanese are traditionally Muslims, so they have a strong affinity with the Malays, with many of them intermarrying & living within Malay-majority areas & also other communities. They use Sarawak Malay or English as a common lingua franca to communicate with the other ethnic groups.


Javanese have a good culture and heritage which they still preserve until today.One good example,their Kuda Kepang Dance.
Posted by Hamidah Abuseman at 10:59