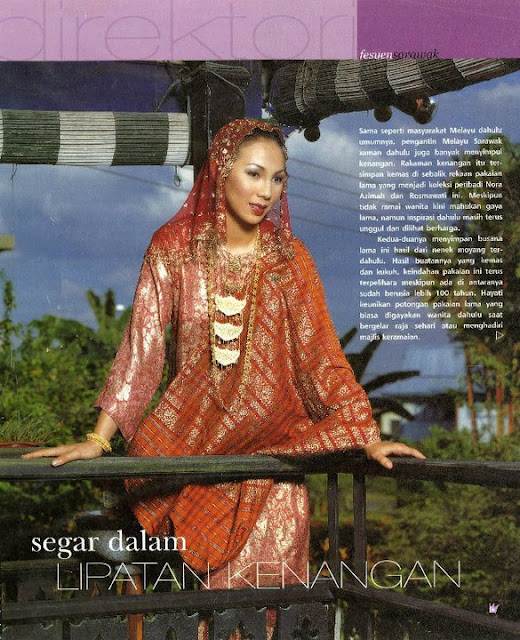 The tudung keringkam of Sarawak is a luxurious small head covering or veil. The veil is skillfully and heavily embroidered with gold thread. It used to be a must-have item for traditional Malay families in Sarawak.

Tudung keringkam was normally worn for weddings, engagements, and other formal ceremonies. In every Malay family the veil became a priceless heirloom, to be passed down from one generation to another. 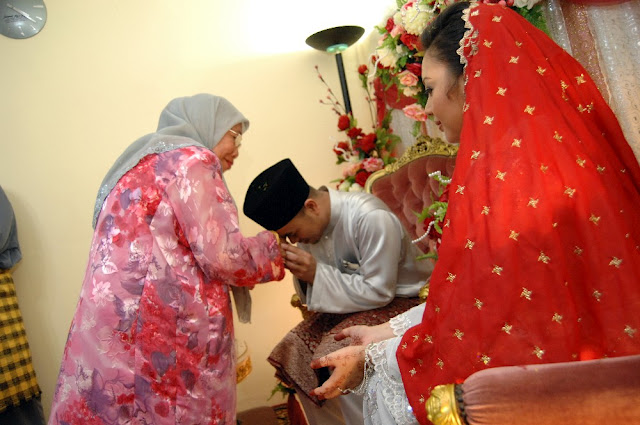 Today, this traditional head scarf of Sarawak Malays is worn at cultural festivals and on special occasions. 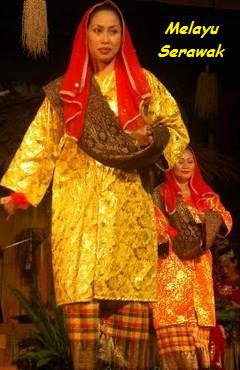 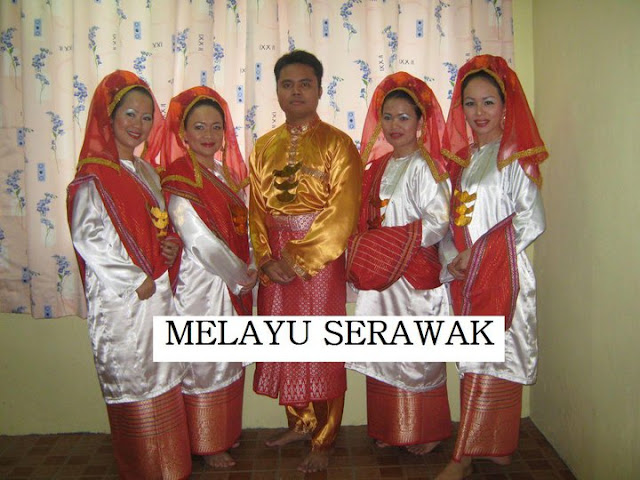 Typically, the tudung keringkam made by the Sarawak Malays is of a deep red color. The keringkam- makers use thin, soft and non-slippery fabric – usually muslin or Swiss voile. They are always done in solid colours. In the old days the selayah was rectangular in shape and the size rather small – usually about two feet by one and a half feet.

The tudungis meant to cover the top of the head with the two ends draping the sides of the head and dangling to just above the shoulders. The newer version of the veil is of bigger rectangles – up to one and a half metres long, the ends reach down to the shoulders. It is also wider.

The square shaped ones are called Selayah. 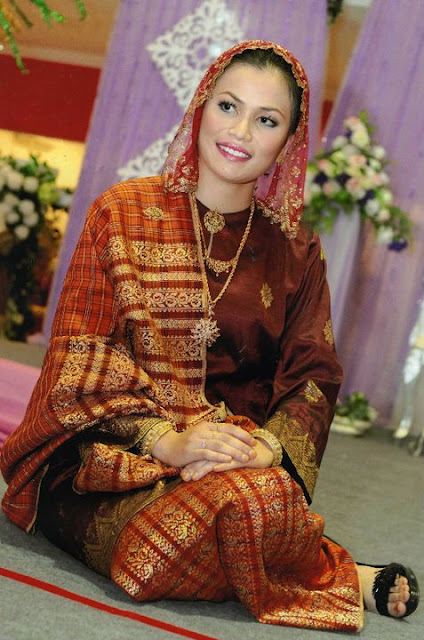 Tudung keringkam acquired its name from the gold thread called keringkam that is used to embroider the edges and also the sprinkling of small motifs all over the scarf. In the old days the keringkam maker used gold thread from India which they said was of superior quality today, they still prefer this to the newer version imported from Japan. 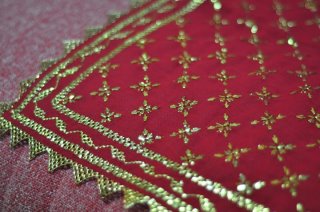 In days gone by, tudung keringkam played a significant role in Sarawak Malay weddings. According to the old tradition, the bride would send out a mat or 'tikar ngambik pengantin' that had been rolled up and wrapped around with a tudung keringkam to the bridegroom’s house on the wedding day. This was a signal to the groom’s family that the bride’s family was ready to receive the bridegroom and his entourage. Nowadays, with the existence of mobile phones and the internet, such a quaint form of communication is no longer a common practice.

Today, there is a resurgence of interest in tudung keringkam. Anyway, there are only a few skilled keringkam-makers still making the veils in Kuching.

Thus, if the tudung keringkam comes back into fashion, there is no doubt that tudung-keringkam-making may take off as an attractive business venture for younger generation of Sarawak Malays. 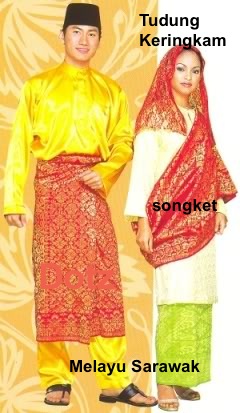 The art of embroidering tudung keringkam is now considered a typical Sarawak Malay tradition, but one source suggests it only made its appearance in Sarawak in the 1860s or 1870s, when it was considered the height of imported luxury. 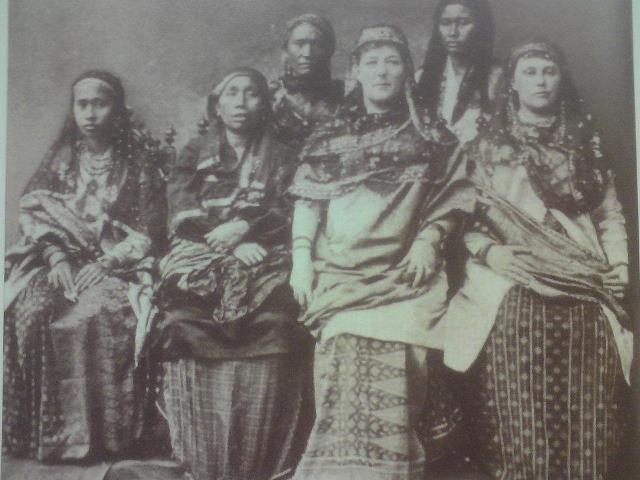 Margaret Brooke, the Second Rajah’s lady, records in her memoirs that she was helped to don traditional dress by some Malay ladies. She wore a red sungkit skirt (kain tape), a blue satin jacket with gold embroidery and gold buttons, ‘...and a gauzy scarf of white and gold, obtained from Mecca, covered my head, and a wide wrap of green silk and gold brocade was flung over the left shoulder ready to cover my head and face when wearing the dress in my walks abroad. According to Datu Isa, my right eye alone should peep forth from the golden wrap on such occasions...’
 

Posted by Hamidah Abuseman at 09:44